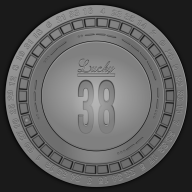 Getting back to writing on Grimm Recovery. Currently just a little hung up on the smut scene, but it should be coming soon. Aug 2, 2019